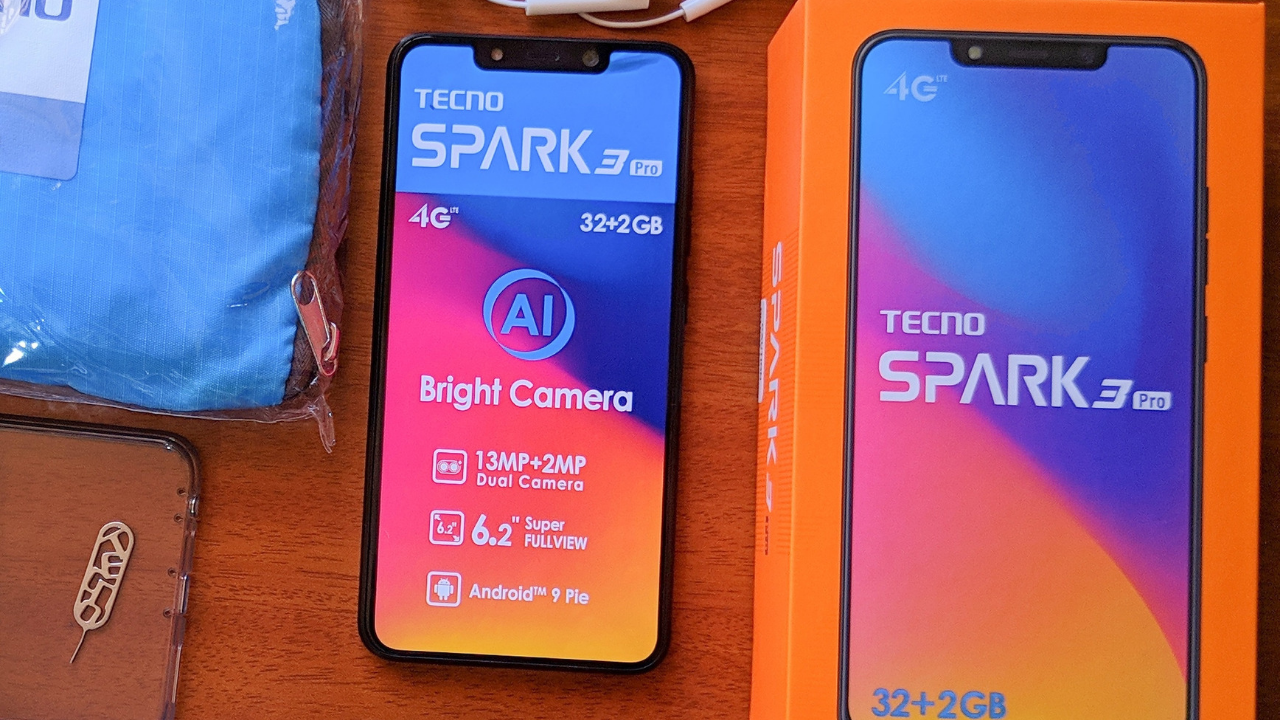 Transsion Holdings has launched the successor to the Tecno Spark 2, the Spark 3. The phone is fairly a budget phone with a couple of top-notch features. It came with a higher-end version, the Tecno Spark 3 Pro.

Here are the keys specs and features of the Spark 3, with the price as well.

Let’s start with the display. The Spark 3 has the typical U-notch design, which houses the selfie camera, the earpiece, and a few sensors. Having a 6.2-inch IPS screen, the Tecno Spark 3 gives you a super full view display. The resolution of the screen is 720 x 1520 pixels, which is just above the 720 x 1440 pixels of the Spark 2.

The Tecno Spark 3 has two models based on the processor and RAM. There is a 1GB RAM model and a 2GB RAM model. The 1GB RAM model operates on a MediaTek MT6580 chipset. And the higher 2GB RAM also runs on a better MediaTek Helio A22 (MT6761).

On the part of internal storage, they both have a capacity of 16GB, which the phone uses part to run its processes. Fortunately, the internal space can be expanded via a microSD card up to 32GB

Tecno as we know it is good with its battery. It’s almost a thing for phones from Transsion Holdings. The Spark 3 comes with a long-lasting 3,500mAh battery. But there isn’t any mention Fast Charge.

As the phone comes in two versions with respect to the RAM, so does the camera setup. The 1GB RAM model has a single 13MP AI rear camera. Meanwhile, the 2GB RAM model has two rear cameras. The primary lens is 13MP, and the secondary is a 2MP lens.

For the selfie side, both models possess an 8MP lens.

The 2GB model of the Tecno Spark 3 comes running on the latest stable Android OS —the Android 9.0 Pie. Meanwhile, the 1GB variant runs its operations on the Go Edition of the Android 8.1 Oreo. The common thing here is, both models utilise the HiOS UI.

There is no support for LTE connectivity on any of the Tecno Spar 3 models. Both models have face ID functionality, and fingerprint sensors mounted on the rear side.

Summarised specs of the Tecno Spark 3

Although the Tecno Spark 3  is yet to be officially unveiled in Ghana, from our reliable sources, it would be selling at GHS 525 at all authorised Tecno mobile shops in the country. However, depending on where you are buying it, the price may vary slightly.